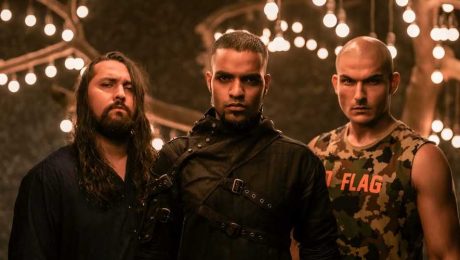 Indian metal band Bloodywood has announced they will be heading over to the United States Of America for some tour dates later this year. The trek is called the “Nine Inch Naans Tour“. Dates include: 09/24 LOUDER THAN LIFE FESTIVAL – Louisville, KY 09/26 THE MASQUERADE HELL – Atlanta, GA 09/28 LOCAL 506 – Chapel
#bloodywood
Read more
No Comments
TOP